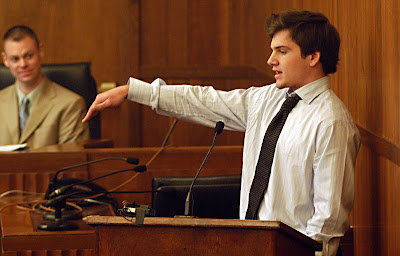 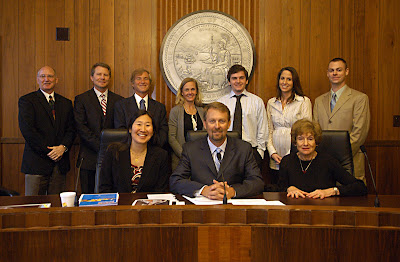 SAN DIEGO, Calif. – January 28, 2010 – With approximately 7.5 million high school students participating in sports today, the dangers of kids getting seriously hurt and not receiving appropriate care isn’t just a possibility – it’s a reality – and the consequences can be deadly.

“It’s our responsibility to ensure we provide our kids a safe environment to participate in athletics,” says Hayashi. “That means making sure there’s proper safety equipment and qualified staff available to react to any and all emergencies.”

Recent studies show a significant increase in catastrophic injuries that have resulted in death or permanent disability. In the last academic year alone, 40 middle and high school athletes suffered life-altering injuries and over 125 youth athletes died, including 18 in California.

AB 1647 would directly impact instances of catastrophic injuries by requiring the following provisions:

• Department of Education must adopt a heat-acclimatization program established by the National Athletic Trainers’ Association (NATA) or another similarly recognized physical or sports medicine organization
• A written emergency action plan that details the procedures to be followed in the event of an emergency
• On-site availability of a regularly maintained and tested automated external defibrillator
• Any athlete suspected to have sustained a concussion must immediately be removed from activity; evaluated by a licensed physician or athletic trainer working under the direction of a licensed physician; and, receive written clearance from a health care provider before they can return to play
• Title protection prohibiting anyone from holding themselves out to be an athletic trainer unless they have met the following requirements:
• Graduated from an accredited college or university athletic training program
• Passed an examination approved by the Board of Certification, Inc.
• Met the continuing education requirements defined by the Board of Certification, Inc. including emergency cardiac care

The Centers for Disease Control (CDC) reports that high school athletes suffer 2 million injuries, 5,000,000 doctor’s visits and 30,000 hospitalizations each year due to traumas that include concussions, heat-related illness and instances of sudden cardiac arrest (SCA).

“Having an athletic trainer on-site can mean the difference between life or death,” says Beth Mallon, founder of San Diego-based Advocates for Injured Athletes, whose son Tommy fractured his neck during his high school’s lacrosse game in May 2009. “We were fortunate to have an athletic trainer on staff who realized the severity of Tommy’s injury and made sure he didn’t move – otherwise Tommy would not be with us now.”

Brain injury, heat illness and sudden cardiac arrest are just a few of the serious conditions suffered by young athletes on the playing field, and athletic trainers are educated to manage such catastrophic injuries. More than stereotypical ankle tapers, athletic trainers’ are physical medicine specialists who provide prevention, recognition, clinical assessment, treatment, rehabilitation and reconditioning of such injuries and illnesses that are sustained during activity.

Currently, only 42% of high schools nationwide have access to athletic training services. California is one of only three states without a system of checks and balances to regulate the athletic training profession, meaning anyone can label him/herself an athletic trainer without holding the proper credentials.

“This is just the first step in state protection of youth athletes and recognition of the athletic training profession,” adds West. “Our ultimate goal is to have an athletic trainer in every school, at every game and at every practice.”

Earlier this month, at a summit in Sacramento, both the NATA and the CATA spearheaded the Alliance to Address the Youth Sports Safety Crisis in America with the support of 29 other leading health care and sports organizations, visit www.youthsportssafetyalliance.org for more information.

About the California Athletic Trainers Association (CATA):
Athletic trainers are health care professionals who specialize in the provision of physical medicine and rehabilitation services, serving as physician extenders in the prevention, assessment and treatment of acute and chronic injuries and illnesses. The California Athletic Trainers Association (http://www.cata-usa.org) represents and supports 2,200 members of the athletic training profession through communication and education.
###
Posted by Athlete Advocate at 10:10 PM