“Everybody Needs an Athletic Trainer” is the slogan for 2013 as National Athletic Training Month (NATM) quickly approaches.  Each year in March those of you who have been working in the trenches healing bodies and minds or challenging the next generation of professionals to do it better than we did take a moment to remind everyone else what we do and who we are.  This year’s slogan is particularly appropriate given the growing push for the availability of athletic trainers at the high school and youth levels in order to provide improved safety and health care for athletes of all ages.  This slogan has also become particularly meaningful for me personally.  I recently found myself relocating to San Diego after over 10 years in New York Metro teaching the next generation of professionals wondering how I was going to contribute.  Thanks to Beth Mallon and A4IA I am developing a new role as an advocate for both professionals and young athletes by trying to find informational, educational, and inspirational stories to blog about each week.

This week I have decided to write about something very personal to me that may help you all understand why I take the time each week to bring you new information about how to make your families and yourself safer when participating in physical activity.  Perhaps after I tell this story you will understand why A4IA is so important to me and why I hope for the day when all athletes can participate under the supervision of a highly trained athletic trainer as part of a broader safety plan.

The story begins back in 2001 when I was a first year assistant athletic trainer at a smaller Division I institution in New York.  I relocated to New York from Corvallis, Oregon following the completion of my graduate assistantship with the women’s soccer program.  It was mid-November and I was finally starting to settle in.  I has just completed my first women’s soccer season, I was getting to know the men on the baseball team and was looking forward to getting used to the surroundings and culture of New York, since I wasn’t traveling for games every weekend.

This particular afternoon started like any other.  It was slow since many of the soccer players were off enjoying the end of the season and the baseball team was just outside on the quad doing some conditioning work.  I was in the athletic training facility catching up on paperwork and going through an assignment with a student, when everything changed.

One of the pitchers ran in yelling, saying that something was wrong with one of the other players and I needed to run outside quickly.  I knew without asking something was terribly wrong, grabbed a pocket mask and my phone, and ran outside.  I arrived to find one of the players lying face-up on the field, unresponsive, not breathing and without a pulse.  I immediately instructed the coach to contact 9-1-1 and instructed the student who followed to retrieve the AED (which we has just received a few weeks before) and immediately began CPR.  I continued CPR until the AED arrived at which time it was applied and activated.  During this time, the ambulance arrived and the young man was transported to the hospital.  I followed the ambulance to the emergency department and waited for family, coaches and other relevant personnel to arrive, during this wait I was notified that the young man did not survive.  I was shocked.

That young man was named Jerry Gambardella and he was 19 years old.  He was one of the most happy-go-lucky men I had ever met and now he was gone.  I had done everything I could and all we could do is live with the pain of his loss.  I will never forget the look on his teammates’ faces or the sobs from his parents as they were told of his passing.  That particular baseball season would be the longest in my career.   We were all just trying to find a way to get back to normal, but with Jerry being gone we knew nothing would ever be the same. 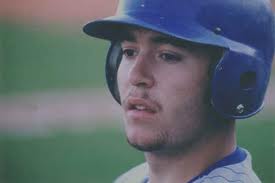 It has been over 12 years since that fateful day in my career and I still remember it as if it happened yesterday.  Over time, I have come to understand that despite the fact that I had acted appropriately and was fortunate enough to have an AED available (not common at the time) that sometimes we cannot help everyone.  While Jerry may be gone, I have always tried to use that experience to push myself to be a better professional.  I think that it can be easy to fall in the trap of, “but that will never happen to me.”  The truth is, it can.  Emergencies do not consider whether you have prepared for the possibility, you are a new professional or you have been providing care for years; they just happen.  You need to be ready, whether you are a parent, an athlete, a health care professional.

I have spent the years since that event trying to help students learn having to save someone’s life is part of the job description of an athletic trainer, anytime you are working.  Have a plan, so when it happens you will be ready.  While Jerry’s story did not end happily, I am determined to use his story to help others have a positive outcome.  I am not currently teaching students, but through A4IA, I hope to continue to advocate for the availability of athletic trainers at more events and occasions as well as help parents and athletes be more prepared to prevent and survive potential emergencies.

I hope Jerry  and his family would be proud of the work I have done through the years.  Jerry's family did set up a scholarship program in his honor.  If you'd like to know more about that program, or even make a donation:  Jerry Gambardella, Jr.Scholarship

Posted by Athlete Advocate at 3:00 AM