Over $4K Raised during the Annual Running with the Buckeyes Event!

Advocates for Injured Athletes, like any other non-profit organization depends heavily on donations and fundraising to support its programming, including Athletes Saving Athletes (TM).  A4IA is always thankful for the donations and other forms of support it receives from all those willing to promote its work.  This week A4IA would like to specifically thank Alexis Heimert and The Ohio State University Athletic Training Club for their hard working during the 4th Annual Running with the Buckeyes event.

The event, a 5K race, was held on March 24, 2013 in a effort to promote National Athletic Training Month by raising money to support A4IA.  The event was a success, raising over $4,000, the highest total since the event began.

For those of you wondering how OSU got connected with A4IA, Alex and the rest of the group found out about A4IA through the Facebook page and Tommy’s video.  They did more research to learn about the organization and its goals.  The club, impressed by A4IA’s desire to promote the profession of athletic training, a primary purpose of the club, decided to help.  They felt it was their responsibility as future professionals to advocate for organization that promotes their profession through public education, pushing for increased access to athletic trainers, and the important role athletic trainers play in athletic health care.

If you're a runner and would like to support A4IA through your running pursuits, join TEAM ASA by contacting Advocates for Injured Athletes at injuredathletes@yahoo.com.  Coming soon is the t-shirt shop so you'll be able to wear your support for A4IA very soon! Keep checking the website, www.injuredathletes.org and our Facebook page for more details.


CHECK OUT THESE PHOTOS FROM THE RUNNING WITH THE BUCKEYES EVENT! 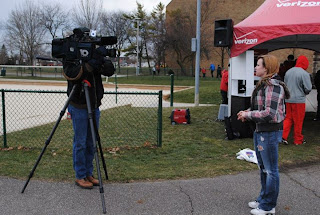 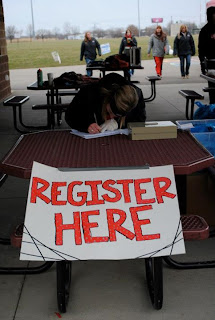 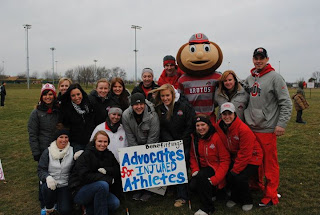 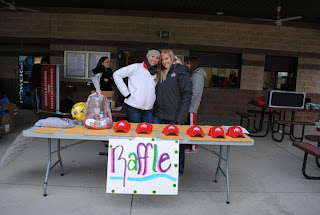 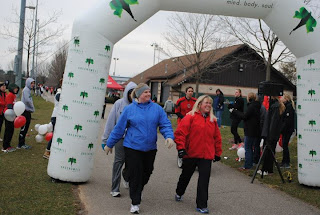 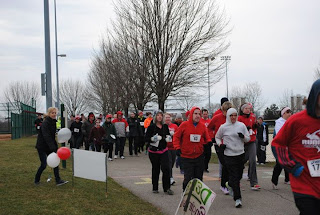 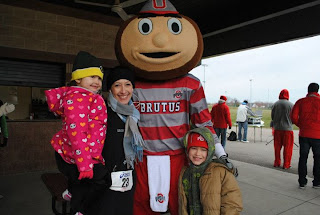 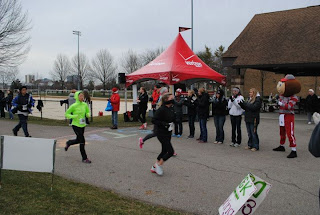 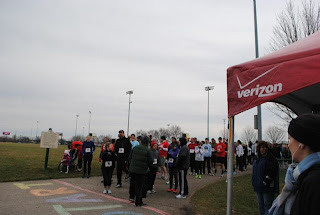 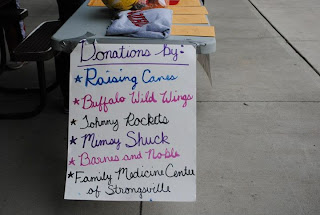