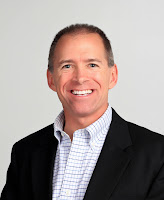 Head Athletic Trainer for the Jacksonville Jaguars, Mike Ryan, PT, ATC, PES is the newest member of the Medical Advisory Board for Advocates for Injured Athletes.  He comes to A4IA with 25 years of experience working in the NFL and involvement with a variety of organizations ranging from the Professional Football Athletic Trainers’ Society, Korey Stringer Institute and Gatorade among others.  Mike was drawn to A4IA after speaking with Beth and hearing Tommy’s story and how a potential tragedy was averted.  He is also an advocate for increasing the number of athletic trainers in the high school setting and understands the value of the ASA™ program and the athletic trainers who teach it.

Mike has achieved a life-long dream by becoming a head athletic trainer in the NFL.  Once his high school guidance counselor made him aware of the athletic training profession he took an almost single-minded focus toward achieving his goal.  He did not achieve this goal on his own, but with the help of many mentors along the way including Carl Krein, Head Athletic Trainer at Central Connecticut State University and Ronnie Barnes, Head Athletic Trainer for the New York Giants to name a few.  They gave of their time and knowledge to help him be the outstanding professional he is today.  In the same way they mentored him, Mike has worked to mentor and give back to others.  Mike’s desire to mentor others and give back is exciting for A4IA and the ASA™ program.  Mike’s experience and outlook on advocating for athletic trainers and athlete safety will be extremely valuable in expanding the impact of the ASA™ program to more and more youth athletes.

Mike has been in the NFL long enough to really see the focus on player safety increase.  There are several organizations associated with the NFL, athletic trainers and sports medicine that are working diligently to make the game safer for all players.  The focus covers a variety areas from rule changes to injury management and injury documentation expectations.  Unfortunately, player safety at any level is not an exact science, but he believes efforts to improve player safety should continue.  He believes the value of the ASA™ program is in its potential to provide peace of mind for parents who can be assured their children are safer.  Their children will be safer because the program has resulted in an increased number of athletic trainers at youth events as well as preparing teammates to help each other recognize potentially dangerous situations.

Mike is an athlete himself, completing six (6) Ironman Triathlons and numerous international extreme athletic events.  He loves the challenge and the opportunity to travel to see different cities while pushing himself to his limits. Mike believes in the positive benefits of sports participation not only for himself, but for others.  Benefits such as improved self-confidence, teamwork and meeting a challenge can potentially be part of the value of the ASA™ program because it can help keep more youths involved in sports.  The ASA™ program can potentially minimize the number of parents who opt against sports participation for their children feeling as though the safety concerns outweigh the positive benefits.

In the brief phone conversation I had with Mike I could hear his passion for his work as well as for challenging himself and giving back.  He said it best himself, “I always want to feel that at the end of the day I am better than I was when I woke up.”  To that end, he works hard to keep his athletes healthy and gives freely of his knowledge to others.  A4IA is proud to be one of the organizations Mike has agreed to give his talents to, it will only make A4IA and the ASA™ program better.  A4IA believes very strongly in collaboration in order to maximize what we’re able to offer and Mike is now a part of that collaborative effort.  If you want to learn more about Mike and his passion for sports medicine and fitness check out his website HERE.  Welcome to A4IA and the Medical Advisory Board!